Welcome To The Resistance!

Thank you and may God bless and keep each of you in His embrace.

Pray up, Stock up, Train up, Team up.

Today is the celebration of the most joyous event In history. The day Jesus was rose from the grave; defeating death and sin for all who repent and accept Him and His gift of Grace. Regardless of what is happening in the world this is the truth that can give us joy an hope. Rejoice in that always but especially today!

May God bless and keep you.

In our abundance and ease we struggle to find joy, yet they [the apostles] found it in their poverty and affliction.

If our eyes are fixed on Him, our goals are His and we have a relationship with Him then we can’t help but find joy regardless of our circumstances. No matter how scary or difficult our lives become we need to keep focused on what truly matters.

Dear Lord, if it is your will take this cup from us. If not, then give us strength to stand for what is right and just, to stand in Your Holy light and against the darkness.

For the physical war in Ukraine we can look at casualty estimates, losses of material and lines on a map to help determine who is winning (though that’s pretty cloudy as well). But how can we tell who is winning the economic war?

That’s an honest question and I don’t know the answer to it.

It is one even the armchair pundits from corporate media are avoiding as well. If they didn’t I am sure they would just be rebroadcasting whatever propaganda the current occupiers of the White House and the Ukrainian government in Ukraine were spewing forth. Many on social media are weighing in on the costs and the risks of the war but again, no one is talking about who is winning.

Out of curiosity, I decided to look at a couple of indicators that might help us understand who is winning; the value of the Russian Ruble versus the American Dollar and the value gold versus each.

US Dollar vs. Russian Ruble

On the day of the invasion the US Dollar was worth 84.05 Russian Rubles. As of today (3/28/22) the Dollar is worth 87.56 Rubles. From that indicator it would seem the US is coming out ahead. Keep in mind that the Ruble was down far more than that but countermoves by Russia in this economic war has closed the gap…by a lot. Nevertheless, the Russian Ruble is down 4.18% versus the US Dollar.

Gold vs. US Dollar and Russian Ruble

Gold prices have fluctuated quite a bit since the invasion but on the day of the invasion it was $1,906.40 per ounce while as of today it is 1934.01 per ounce. If I can do simple math that means the dollar has lost about 1.45% since the start of hostilities.

From these simplistic measures it appears Russia is losing the economic war but it is not an overwhelming defeat at this point.

The true cost of the economic war against Russia will play out over months, quarters and even years and there will be other scorecards developed and shared by the ultimate winner.

As with the physical war in Ukraine, the real losers are the common, everyday citizens of the countries involved. The fat cats of the Western military-industrial complex and the oligarchs of Russia and Ukraine will barely feel the impacts at all or, more likely, will make a killing…from the killing.

Take care and may God bless and keep you.

I was really nervous about doing it.

It was my first time after all. 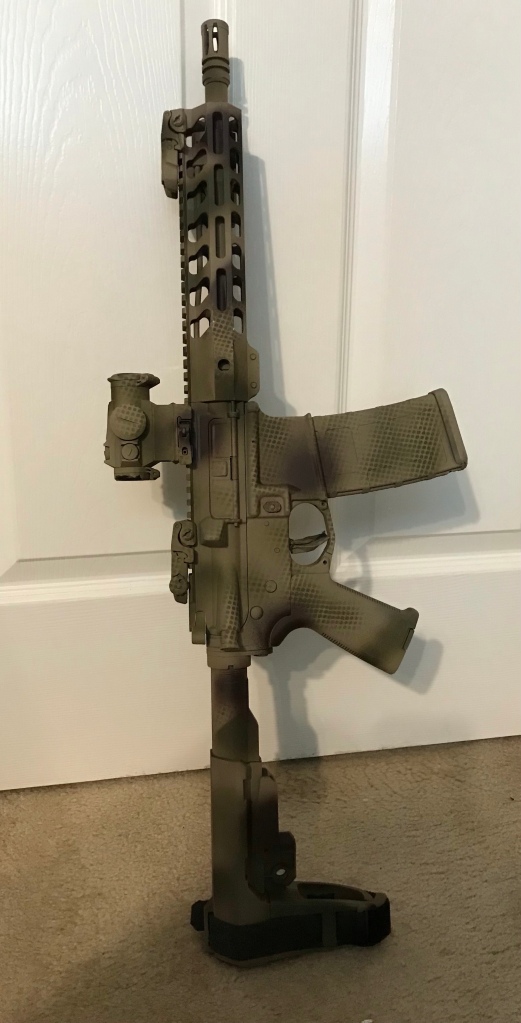 I’m sorry, I know my posting has been less than stellar of the last month or so; not much material, incomplete posts going live, etc.

I have been on the road for work most of the last month or so and it leaves little time for the blog.

Hopefully, this will be my last week on the road for a bit and I’ll be able to do a little better job.

The situation in Ukraine looks to be escalating even closer to war. We have sent 8000 troops and F-15s to Eastern Europe and 8 B-52 bombers (we only announced 4) to Western Europe. Israel is evacuating their embassy staff and has issued a travel warning. Ukraine has given Russia 48 hour deadline to explain troop movements in the Eastern regions already occupied by Russia. Putin pulled his personal yacht (unfinished) out of a German shipyard and he and “Sleepy Joe” have scheduled an emergency phone call for tomorrow. There’s more but those are the high points.

Most analysts expect any action to begin between the 14th and the 20th but it could be anytime. If we can make it through February without WWIII starting it will be a miracle (so, get to praying if you are not already).

The immediate impact on us would be massive increases in gas prices (oil proces are already going up in anticipation of an attack), cyber-attacks could cause banking and\or credit card systems to fail. Logistics and supply chain attacks have already started so we might see even worse problems with availability of critical goods and supplies (like food). The power grid could be knocked out for a while (at least regionally) as well.

If you haven’t already started (why not?) I suggest that you get busy preparing like you would for a a natural disaster; food, water, fuel and cash. If supplies are limited for more than a short time we could see civil unrest and violence.

If you are already prepping it might be a good time to get finalize what you can and top off your preps.

Keep a close eye on world events so nothing takes you unprepared and please pray that the idiots in charge get smart and this does not happen. We may well need a miracle at this point.

Give it a watch\listen. Warning, it ended up costing me like eight bucks buying several of this guy’s songs.

He is resisting with his music so, as far as I am concerned it is money well spent.

Take care and have a great weekend!

And yet unemployment still ROSE to 4%…

Does anyone else feel like we are living in Soviet Russia?

Be alert, get prepared, fight the good fight!

God bless and God save the Republic.

…you can look for us as @Armed_Christian (link).

Be alert, get prepared, fight the good fight!

God bless and God save the Republic.